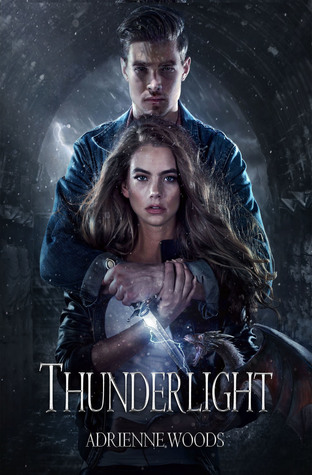 Vibrant, scale swathed wings… Abilities that can be harnessed by a chosen few… Dragons…

All this may seem like old news, but for seventeen year-old Elena Watkins the world of Paegeia is not finished revealing all its secrets. During a summer break intended for relaxation, she discovers that her harrowing adventure to retrieve the King of Lion sword wasn’t the destiny foretold by the cryptic Viden, a dragon with the ability to see a person’s true fate. The words inked onto the page of the mysterious Book of Shadows remains black and Elena must return to Dragonia Academy to discover their true meaning.

Upon her return to the magnificent castle she has to face a challenge of a different kind, keeping her boyfriend Lucian McKenzie, the Prince of Tith and love of her life, away from the dangerous new student, Paul Sutton. As a Wyvern, Paul has made it his mission to claim Elena as his rider but he is proving to be more perilous than at first glance.

Everyone knew that Wyverns were bad news, and just as evil as the darkness that lurked inside Blake Leaf, the Rubicon forced to fight against his inner nature every day. But Elena can see a small light lurking in the darkness, a destiny still unfulfilled; to prove that Wyverns can be claimed.

Will Lucian’s dark secret about Wyverns and Elena’s need to prove their true nature cause their love to be torn apart? And which of Elena’s friends will be sacrificed this time if she is wrong?

Well, I’m glad to say that at least this book was better than the first.

It still wasn’t my absolute favorite, and this still isn’t my favorite series, but it definitely got better over time. Elena still isn’t super savvy on what’s going on in the world of Dragonia, but she’s getting a little better. She still has her whiny moments though, and I’m trying to figure out where it’s coming from when she’s constantly surrounded by people that know that things are going to be tough when things are going down. It’s not like Dragonia is in a state of peace or anything. So what’s with the whining, Elena?

I laughed so hard when Master Long Fei told her to stop her whining. Just straight to her face. I was at work too, so I could imagine the office wondering what the heck was so funny to me.

There’s so much more drama in this one. Attacks on students, people dying, just chaos in general. Not to mention we get a glimpse of what’s happening in Eton, and that is always interesting. The villain is great, from what we can see. We don’t get to see much of what he is doing out there, but having another voice involved in the book made it more interesting.

This is a super short review, and I apologize for it. The things I really want to comment on would be spoilers, and we all know I try my hardest not to spoil books. But I will say that this book was better, and if you’re able to get through the first book, you’ll appreciate this book more.

Here goes the next book in the series!