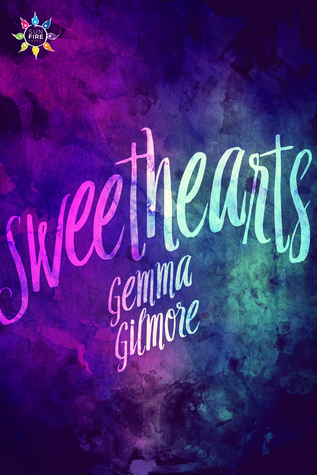 When seventeen-year-old Ingrid Harper realizes she may not have the talent to pursue a scholarship for the most prestigious art school in Australia, she turns to pink hair dye as a distraction.Her new hair captures the attention of a fellow art student, Kat, who introduces Ingrid to the LGBT clubbing scene, and although Ingrid enjoys partying with her new friend, she becomes caught up in confusion about her sexuality. Her fear is overwhelming—she can’t think about anything else.Until her best friend, Summer, reveals that she is pregnant.As her best friend faces the realities of being pregnant at seventeen, Ingrid is shown the true definition of courage. It motivates her to come out about her sexuality—she likes girls. Only girls. Now she just has to work out what that means for the other areas of her life.

“We question each other’s reality; we make each other look into things just that little bit deeper.”

Disclaimer: I received a copy of this book from Netgalley in exchange for an honest review.
This definitely did not go the way I expected it to, but I’m actually okay with it. Almost coming to terms with this.
Long story short, this book is about a girl named Ingrid, a high school senior who refuses to acknowledge that she may actually be a lesbian. It’s something that’s hard for anyone to admit, especially if they have always been hiding their true selves from the rest of the world, so I understand that. It’s the way she lashes out that confused me though. The object of her obsession – yes, an actual obsession if we read it correctly – is a girl at her school named Amber, who just so happens to be a really amazing singer. It’s at the point where Ingrid knows Amber’s YouTube upload schedule and will be the first person to watch her video and leave a rude ass comment for Amber to see. That part didn’t make sense to me, but Ingrid ends up explaining it later on. Why is she so rude to Amber when she can’t get enough of her? Ingrid’s two best friends, Summer and Jackson, even try to call her out on it, and try to get her to accept that she may very well be into girls.
But she constantly punishes herself for having such thoughts. She refuses to identify as a lesbian, even when she finds herself at a gay club full of beautiful women that she is so clearly attracted to. The thing that makes her finally admit it is seeing her best friend Summer be brave in finding out that she’s pregnant, and her actions to make sure that she keeps her unborn baby healthy and safe. Seeing her friend show strength made her want to do the same, and Ingrid’s life starts to change.
I think the main character flaw that Ingrid possessed was her using alcohol to deal with her problems. It was like she was an addict, and maybe she really was. Anytime that she would start to battle against herself, she would resort to getting wasted, going to Cloud Nine to drink her problems away and dance to lose herself in the music. The dancing I get. I sometimes do the same, but the constant drinking wasn’t healthy, and her friends told her that as well.

It wasn’t good for her, and she needed to come up with some other method of dealing with her problems, her rejections, anything else that she ended up overthinking about that caused her to freak out.
There were also times where I would think that the book would have a happy ending or at least a happy outcome that everyone was waiting to hear about, and then it would be completely different. It was like life. Nothing ever went the way we think it will be, but we have to keep going.
This wasn’t the typical book that I would read, but I appreciated it. I liked that the people in Ingrid’s life didn’t shun her for finally accepting her sexuality, or push her to make a decision when she was struggling with it. They were happy for her no matter what, and they just wanted her to be true to herself. It was good, it was the way I would expect anyone to be if they had a loved one struggling to come to terms with their sexuality. I appreciated it so much, that I feel like it influenced my rating to be what it is. I liked this book, and I’m glad I had the opportunity to read it.
Author Spotlight
Courtesy of Goodreads 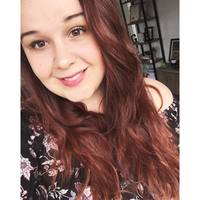 Born: November 30
Goodreads Member Since: January 2018
No biography for this author at this time.