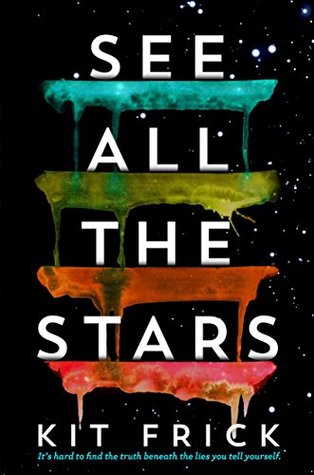 We Were Liars meets 13 Reasons Why in this thrilling debut novel that sweeps readers away as they try to solve the mystery of what happened then to make Ellory so broken now.It’s hard to find the truth beneath the lies you tell yourself.Then: They were four—Bex, Jenni, Ellory, Ret. (Venus. Earth. Moon. Sun.) Electric, headstrong young women; Ellory’s whole solar system.Now: Ellory is alone, her once inseparable group of friends torn apart by secrets, deception, and a shocking incident that changed their lives forever.Then: Lazy summer days. A party. A beautiful boy. Ellory met Matthias and fell into the beginning of a spectacular, bright love.Now: Ellory returns to Pine Brook to navigate senior year after a two-month suspension and summer away—no boyfriend, no friends. No going back. Tormented by some and sought out by others, troubled by a mysterious note-writer who won’t let Ellory forget, and consumed by guilt over her not entirely innocent role in everything and everyone she’s lost, Ellory finds that even in the present, the past is everywhere.The path forward isn’t a straight line. And moving on will mean sorting the truth from the lies—the lies Ellory has been telling herself.

I think you know what it’s like to be the star of a story that you didn’t write.

This is the first ARC that I ever received, and I was so excited to read it! Thank you so much Netgalley for this opportunity.

This book has been described as a mix between We Were Liars and 13 Reasons Why. Unfortunately, I haven’t read either one of those books, so I can’t really compare them, but I can say that I can see a Pretty Little Liars vibe in here. That comes from one of the main characters at play, a girl that goes by the name of “Ret”. See, from the vibe that I’ve gotten from her, she is very manipulative with the group of girls that she hangs out with. She is the one that brings them all together, and she is the one that broke them all apart. Think of her as the Alison DiLaurentis of the group, exactly why I can see a PLL vibe. It gets to the point where the main protagonist, a girl named Ellory (I’m actually really digging her name, by the way) even feels like she “needs” to have Ret in her life at some point, and that she “belongs” to Ret. She even has some sort of jealousy custody battle thing with one of the other girls named Jenni, because according to Jenni, she’s known Ret longer. It’s like they are in competition for Ret’s affection, and that’s honestly no way to have a good “girl friend” kind of relationship. Not at all.

The more that the book progresses, the more you can see just how abusive Ret really is to her friends. You see it because Ellory is able to finally see it, even if she hasn’t done anything to stand up for herself or the other girls yet. There will be moments where it seems like Ret is being genuinely nice, but we have Ellory telling us that it’s an ulterior motive, and then we can see it. Everything that Ret says and does to her friends is to make them under the impression that without Ret, they have nothing. They almost are nothing, and Ret knows that. If they don’t tell her something immediately, Ret punishes them by not telling them something. If Ret wants to find out information, she pulls the “don’t you trust me?” trump card that makes the other girls feel guilty. It’s a psychological battle that Ret knows she’s doing, and it seems like maybe Ellory is noticing it too.

I also really liked the way that this book would switch between the past and the present. It reminded me of The Roanoke Girls, and for me, it seems like the story flows better that way. One on hand, you can see how Ellory’s friendship with Ret, Jenni, and Bex was good, and then you can see just how alone she really is in the present. What happened that made this sudden change? The story doesn’t really tell you exactly what happens until you get towards the end (as a good book usually does), but the suspense was killing me! I just wanted to know what the heck happened that was so bad! It had to have been bad if she was out of school on a suspension for two months. Should she have even gone back to that school? Was it worth it to be back in the same situation and these people that caused her so much pain?

Was she also to blame for her pain?

In the past, Ellory even had herself a boyfriend, the elusive and beautiful Matthias Cole. But in the present, she didn’t even have him. Throughout the book, the more that Ellory shared her past, you could see that Matthias was drifting. Was he out of love with her, or was something else going on? He was keeping secrets, and Ellory didn’t understand why he felt the need to keep secrets from her. She had never judged him before, was always supportive of his love for music, and yet something was changing between them. Could it have been blamed on the fleeting sensation of high school romance, or was it something else entirely?

This may not be my regular genre (the contemporary part, not the YA part), but I did enjoy this book. I thought it was well written, and the characters left me feeling something. I don’t know if I’m completely happy with everyone, but I could tell that things were real for them, like I could have gone through something similar, even if not the same thing. I hurt for Ellory, I hurt for them all, and yet I didn’t feel sorry for them. I just could understand them. 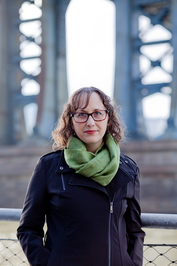