I don’t think there will ever be An A-List book that I don’t like. It’s hard to find any book in this series that I have read that I have an actual problem with. I’m so glad that Anna broke up with Ben, especially since it seemed like she was head over heels with him. There’s a difference between loving him and lusting over him, and she finally realized that before it was completely too late. Anna is so far my favorite character throughout the series, but Sam is a pretty close second. It’s a tie between those two right now, and when Sam and Anna work together, they are a force to be reckoned with.

Cammie is still the girl we love to hate, even if we can’t help but envy her body and hair. At least, I probably would if I had seen her in person. Just the way she has been described throughout the books screams sex icon, and I’m pretty sure she has been called that by quite a few characters in the book as well. We know that Cammie is hurting over the death of her mother, even if it happened when she was a little girl. She’s also hurting because it seems like her dad doesn’t take the time to actually get to know her, and would rather immerse himself in work and his other family members than her. Is that necessarily her fault? Or is it her father’s fault? I feel like it could be a little bit of both.

Dee is still a mystery to me. She can seem like a complete airhead, and then in another breath it seems like she has all this hidden wisdom inside her. It’s like she pretends to be stupid so that nobody will realize just how smart she really is. But sometimes her pretending to be dumb gets in the way of her friendships, and I think that Dee just needs to be herself with her friends if she wants these relationships to last. Sam and Cammie always look down on Dee because they think she’s a few tools short of a full set, so of course they take her for granted. It’s not right to Dee, and hopefully things will start to change.

This was mostly a brief overview of my thoughts so far of the series, but it stands to say that I thoroughly enjoy this series and I’m so glad that there are more books for me to read. I haven’t had enough of Anna and the Unholy Trinity, so bring it on! 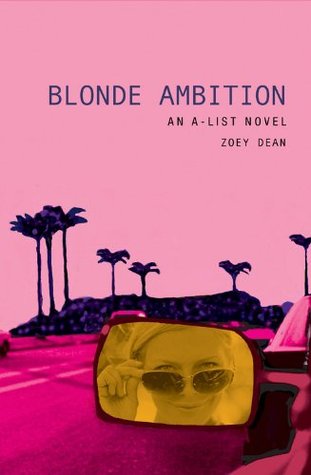 The third novel in this witty and risque series takes readers behind the scenes of the intoxicating world of Hollywood glitterati. Upper East Side blueblood Anna Percy came to L.A. to learn how to have a good time. Then Princeton prince Ben Birnbaum and his amazing disappearing act turned out to be anything but. Anna finally begins to understand that telling true love from true lust us is far more easily said than done.