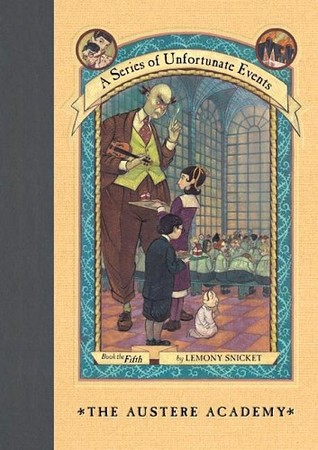 Violet, Klaus, and Sunny are at first optimistic–attending school is a welcome change for the book-loving trio, and the academy is allegedly safe from the dreaded Count Olaf, who is after their fortune.Dear Reader, If you are looking for a story about cheerful youngsters spending a jolly time at boarding school, look elsewhere. Violet, Klaus, and Sunny Baudelaire arc intelligent and resourceful children, and you might expect that they would do very well at school. Don’t. For the Baudelaires, school turns out to be another miserable episode in their unlucky lives. Truth be told, within the chapters that make up this dreadful story, the children will face snapping crabs, strict punishments, dripping fungus, comprehensive exams, violin recitals, S.O.R.E., and the metric system. It is my solemn duty to stay up all night researching and writing the history of these three hapless youngsters, but you may be more comfortable getting a good night’s sleep. In that case, you should probably choose some other book. With all due respect,Lemony Snicket

“Friends can make you feel that the world is smaller and less sneaky than it really is, because you know people who have similar experiences.”

I finally reached a point in this series that I never did before. I don’t remember why I didn’t continue this series back during my first read, but I’m working on it now. Progress, right?

Once again, the Baudelaires are sent to some terrible place because Mr. Poe refuses to take care of them along with his dreadful children. Apparently he doesn’t have time to take care of them, nor find appropriate guardians that won’t treat them like trash or will be smart enough to see past Count Olaf’s numerous and tasteless disguises. No, this is a series of unfortunate events. We all should know better than to think that one of these books in this long journey will actually have a positive outcome for them.

Although, I will say that this was my favorite book so far because something good did happen in their lives. They met the Quagmire triplets – although they only had the pleasure of meeting two of the three – and became good friends in a hopeless situation. That was probably the best part of this book, because even for a moment, the Baudelaires found kindred spirits and the Quagmires gave them hope.

Of course that didn’t last, but what did you expect? 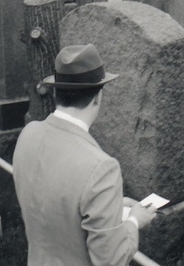 Born: San Francisco, United States
Website: www.lemonysnicket.com / www.lemonysnicketlibrary.com
Genre: Children’s Books, Mystery & Thrillers
Goodreads Member Since: June 2014
Lemony Snicket had an unusual education and a perplexing youth and now endures a despondent adulthood. His previous published works include the thirteen volumes in A Series of Unfortunate Events, The Composer is Dead, and 13 Words. His new series is All The Wrong Questions.