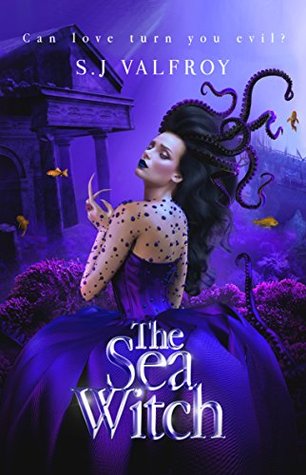 Have you ever wondered why villains are what they are? Is a villainous heart instilled at birth, or do decisions and actions warp a good heart into a villainous one?  You have certainly already heard of the Sea Witch, but do you know her real story? Though she works as a palace maid, Serena is no ordinary mermaid. From birth she manifested the magical powers of a sea witch, just like her mother, Moira. But Serena does not want to be like her mother, cruel and selfish, so she rejects her magical powers. At least until her ever growing love for the unattainable Prince Triton pushes her to her breaking point. Just when it seems he’s taken notice, that she could actually win his heart, his mother, Queen Amphitrite, makes it clear her son will never marry a palace maid, much less the daughter of a sea witch with a seedy reputation. Serena’s dreams are slipping through her fingers, and she must decide if she is willing to embrace her magical powers and take her dreams by force. Magic could solve all her problems, or so she thinks, but at what price?