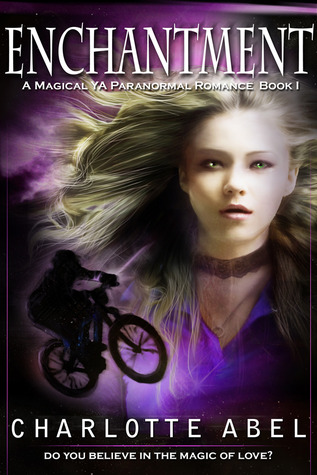 Sixteen year old Channie Kerns leads an idyllic life of seclusion and magic deep in the Ozark Mountains … until her family is forced to flee for their lives.They leave everything and everyone behind to start over in Louisville, Colorado. Magic is forbidden while they are in hiding, but Channie can’t resist the temptation to enchant a group of local boys. When her overbearing parents catch her flirting with these “sex-crazed, non-magical delinquents,” they slap a chastity spell on her to protect her virtue.The spell is triggered by lust, so just navigating the halls at her new school is an ordeal. She can’t even touch a boy she’s attracted to without blasting him with a jolt of magical energy that feels like a taser.When Channie falls in love with Josh Abrim, a BMX racer with dangerous secrets of his own, she rebels against her parents and turns to dark and forbidden magic to break the chastity spell … with disastrous results.