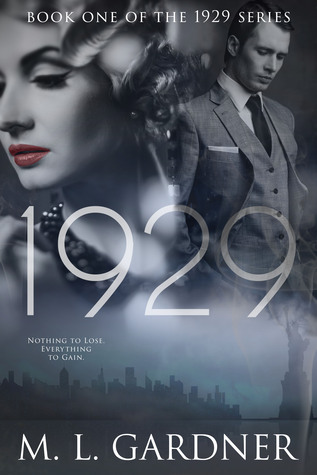 As Black Thursday triggers financial despondency, three young couples in New York City must trade their lives of luxury for poverty, tragedy, and setbacks.When Jonathan Garrett’s brokerage firm collapses on the day of the Stock Market Crash, he unites with his closest friends (and former business partners), Aryl and Caleb, to relocate, track down a low-paying job, and cultivate a new life.As the three men toil in their laborious jobs, their wives, Ava, Arianna, and Claire, slowly adapt to life in a shabby, rundown apartment, learning to sew, cook, and clean. With the help of their former, outspoken, Irish maid, Maura, and a new, equally Irish friend, Shannon, the wives become even closer than before.The couples’ rocky path leads to more turmoil, however, when a business rival, Victor Drayton, creates one disaster after another. From petty tricks to outright violence, Victor’s nefarious mind will stop at nothing to beat down Jonathan’s last glimmer of hope.Despite everything, Jonathan and his friends are fixated on surviving.Emotional and financial destruction nip at their heels, until finally, with a lucky twist of fate, they escape city life and begin anew in their hometown of Rockport, Massachusetts.A story set in the past, 1929 is full of romance, drama, and humor. Vivid, expertly crafted characters make this novel more than memorable–1929 is unforgettable.